‘Would deffo like to connect with the Palace fans,’ Anthony Gardner says, reaching out to the club after discussing a potential interview.

We get on the phone. Gardner starts straight off the bat, explaining why he regards communicating with supporters as essential, and how not having social media made it harder during his playing days.

“Football is an industry where as a player you’re in the limelight and you’re often spoken about in the media without a chance to reply,” he says. “Certain reports about how somebody is, you don’t really have a chance to put that straight. It was never the case of having a one-to-one discussion with a fan.”

Unlike others, Gardner’s career is not punctuated with controversy and there’s nothing anyone would expect him to justify, but the 39-year-old is determined to explain his story to Palace fans regardless.

There’s one part in particular that stands out: the end. And while south Londoners may hold nothing against the centre-back for his departure, he’s keen to set the record straight all the same.

“[At Palace] I felt as settled as I had for a long, long time,” Gardner begins. “I felt I had the confidence of the manager; the fans were confident in my ability and I felt like I had more of an important role as a player and a leader in the team.

“I had every intention of staying. I was happy in the area, I loved playing at the club, I felt that after my first season, my connection with the fans was getting better and they were seeing the real form I could produce week in, week out. But the problem was, I was getting older.” 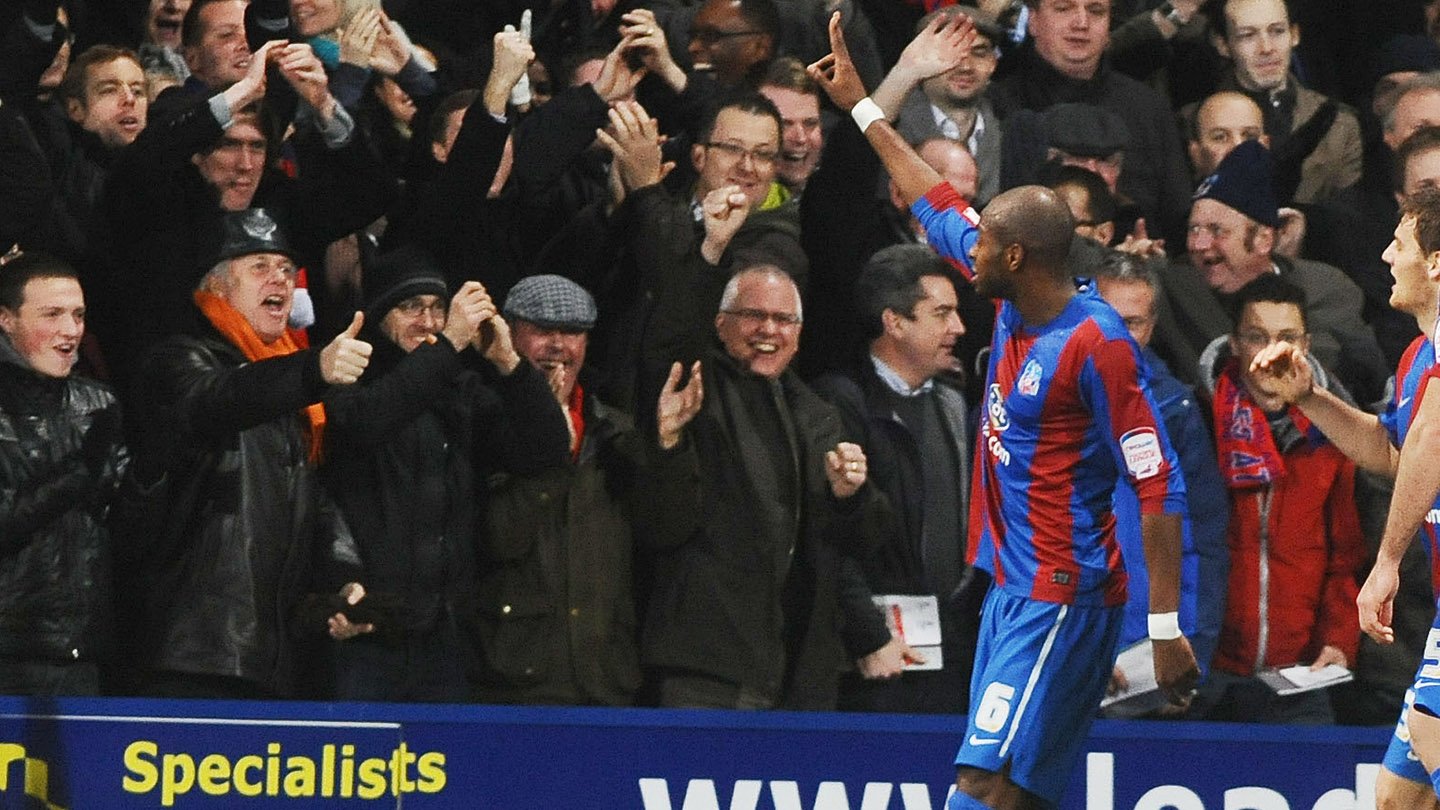 At 31, Gardner found himself playing consistently well after years blighted by injury. He knew his career was reaching its close and felt then more than ever that it was important to tread carefully.

In the summer of 2012, Palace offered him a one-year contract.

“I felt like I needed two years,” Gardner admits. “I needed a longer contract to stay at that time and what was on the table wasn’t right for me and probably wasn’t right for the club. I had to think about moving on, which I didn’t particularly want to do at the time.

“I had friends who were Palace fans and I said: ‘I want to stay, but I can’t take the risk of staying for a year, getting an [injury] issue, being out of contract by the end of the year and struggling to find a club.’ I was looking for more commitment and the club couldn’t give that at the time with my injury record and age.

“The club had to do what’s in their best interests and I understood that. That was the reason why I moved, but it was a tough decision and a decision I didn’t really want to take.” 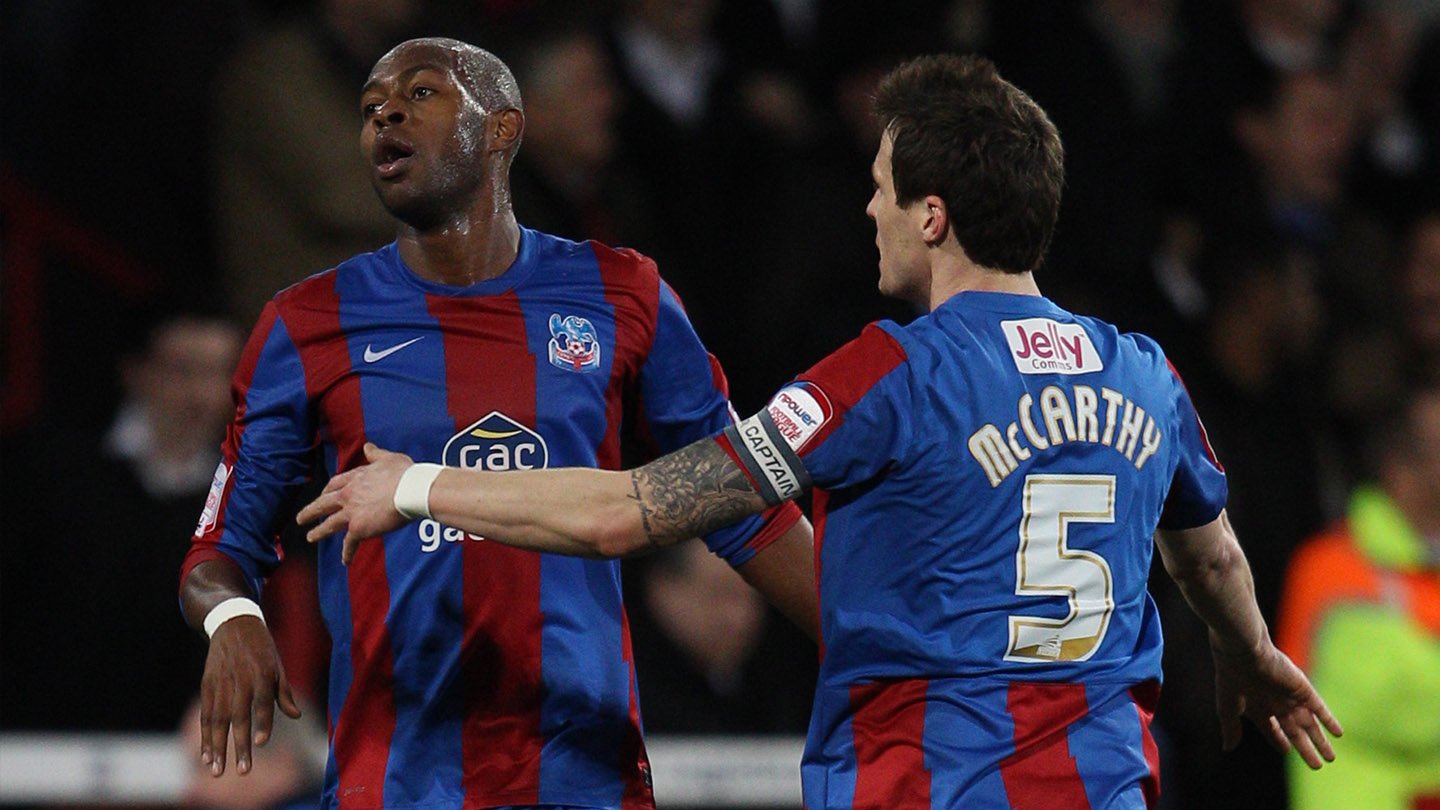 Gardner admits that being out of contract with Hull City the previous summer after a season-long loan with the Eagles left him keen to avoid that scenario for a second time running.

“The first year I experienced being out of contract was my first year [after] being at Palace and, for my sins, I can say now I probably didn’t deal with the situation the best.

“The club were good to me and... I was returning that on the pitch. But then come the summer, I had options to go to other clubs and I went to one to train. Then I decided I was happy at Palace and I spoke to Dougie [Freedman] and said: ‘Look, I was happy here last year. Maybe I was just a little bit tentative about coming back for a second year.’

“But you have to bite the bullet at certain times and go where you feel you’re most comfortable playing and feel like you’re most respected. At the time that was at Palace.”

Explanations book-ending his permanent time at Palace done, Gardner turns his attention to one of his highest - and lowest - times with the club.

The Eagles were flying high on the back of defeating Manchester United in the ‘11/12 League Cup and had booked their place in the semi-finals against Cardiff City. 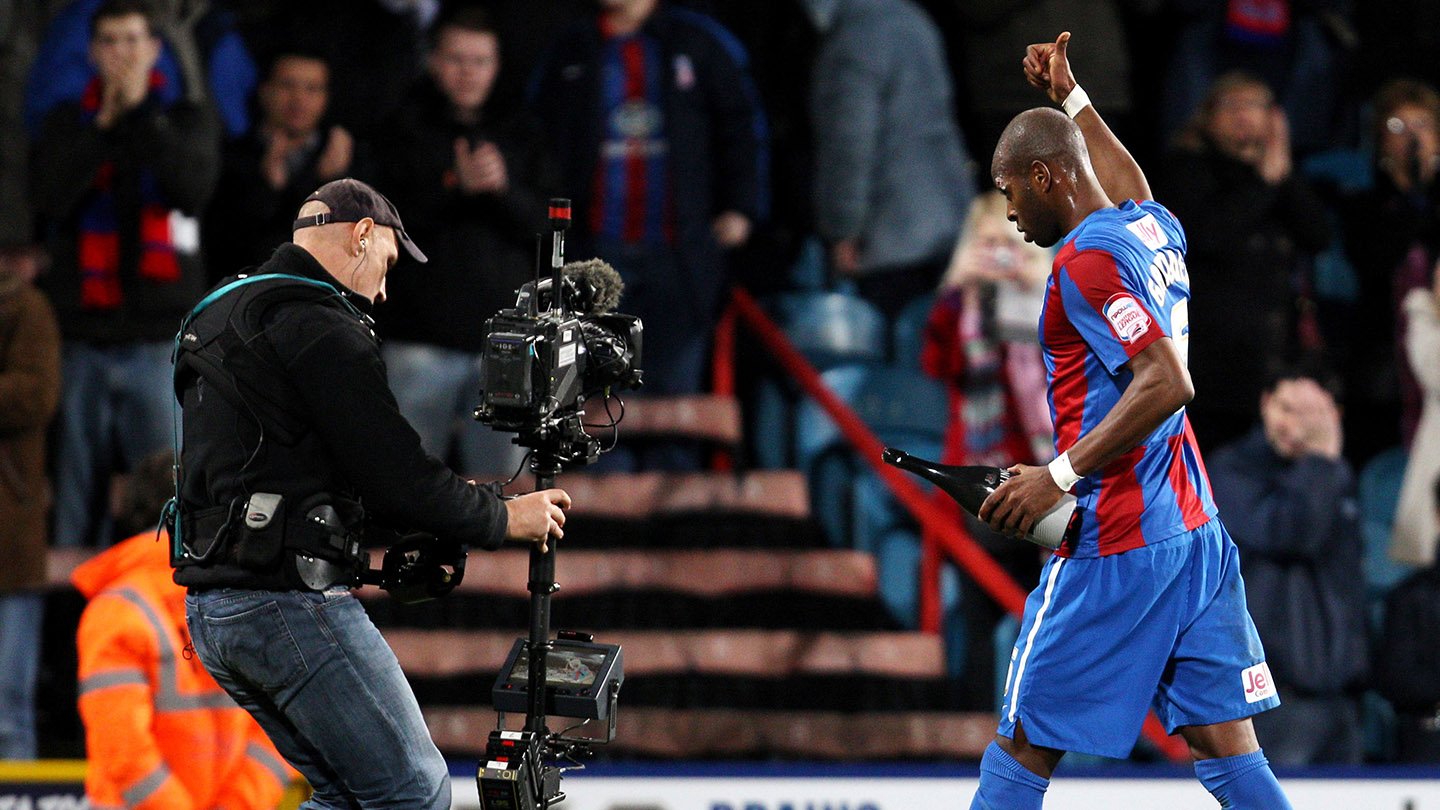 The Bluebirds travelled to London in good form, and the Palace squad had been racked by a virus.

In the club’s biggest game since Survival Sunday two seasons before, Gardner was the man who stepped up; putting in a series of impressive blocks and powering past Tom Heaton to hand Palace the lead.

“It was a fiery match,” he recalls. “We were strong at the back, we had a lot of ability in the middle of the park - Darren Ambrose, KG [Kagisho Dikgacoi], Mile [Jedinak] - we had a strong team and we had flair going forward with Wilf [Zaha], Sean Scannell and a few other players.

“We had a good team and we were confident we could get a result over two legs. The first leg went well for us. I remember the game clearly, it was a good atmosphere and we got a good result...” Gardner pauses before adding: “in that leg!” He laughs hard.

The hero of the first meeting, Palace’s indomitable centre-back afforded his club the advantage in the Welsh capital when they travelled for the second leg less than two weeks later.

“Unfortunately I put it through my own net,” he offers, and thankfully we don’t have to bring it up. “It was pretty bizarre for me at the time, I was playing quite consistently well. That gave them a lift. Then it was game on.

“I don’t know what it was that day, normally attacking-wise we would cause teams quite a few problems but that day we just didn’t really go for it.

“It went to penalties and we didn’t get the job done. It was unfortunate but it was a good cup run. 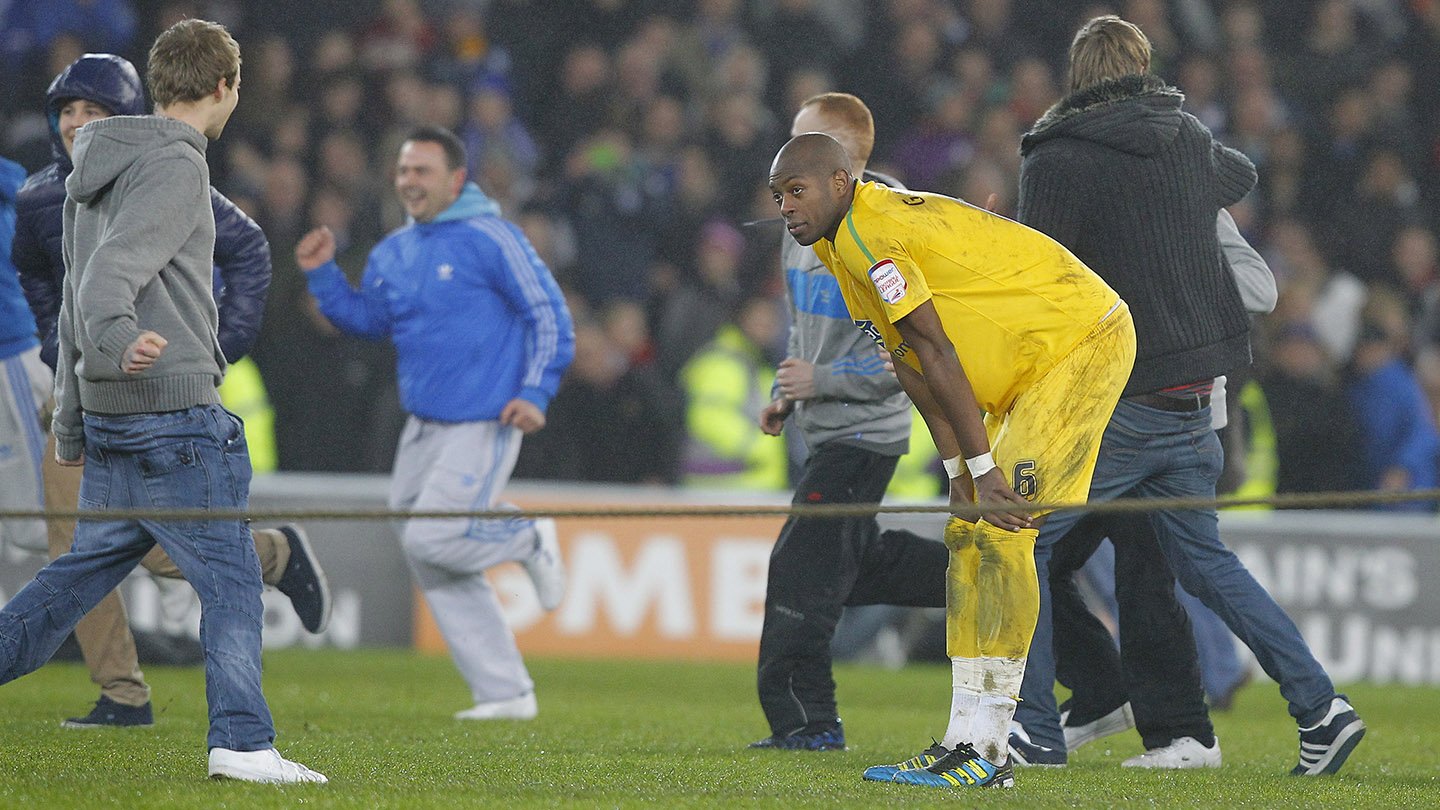 “As a manager, Dougie was quite proud. He had a very young team, a very young squad… He was just proud that he had a squad that was playing well for him and managed to get to a cup semi-final not long after the club came out of administration. It was a vast turnaround.

“The season before, we only just survived relegation. It could be looked at as a stepping stone. He built a team that went forward the season after to get into the Premier League. If it wasn’t for him stabilising the club and getting the team playing for him on the pitch, the club could have easily gone the other way.

“I felt that my time there was one of my most enjoyable times playing football in my career. I just wish I could have stayed on longer. I still watch out for results now and the year I left was the year the team got promoted.

After his Palace exit, Gardner enjoyed two stable seasons with Sheffield Wednesday before calling time on his career in 2014.

As any professional athlete will tell you, that end can be a challenging experience. After years of adrenaline, company and competition, footballers are made to drop the structure and buzz which ruled their life - and something positive has to fill that gap.

“I used to play poker, just as a hobby, in my early days at Spurs,” Gardner explains what helped him move on from professional football. “And then when I retired from playing football I started playing again.

“When I stopped playing football, it helped me in a social aspect. When you’re playing football you’re a part of a community and a team and you have a bond with people that you’re used to having over the years. When you stop and you retire, if you don’t stay in those club circles, you don’t have that camaraderie, that support.”

“It can be dangerous, but personally I’ve seen it help. It helped me move on from football. Some people might think that sounds a little bit strange, but, as I say, from a personal point of view I’ve found it helped with transitioning. That’s one of the things that helped a career of 20 years in sport to moving on with my life.”

There’s a lighter side to Gardner’s post-football past-time, too, a side that sees him travel Europe, embedded in a new community and enjoying the challenge at a safe distance.

“I’m a Star Wars fan!” he laughs when we ask for his inspiration. “That’s my screen name. If I’m not playing on the circuit live, I play online. I’m a Star Wars fan and that’s one of my favourite characters! If anyone’s ever online playing a fun poker game, they’ll see MaceWindu and know it’s me.”

*Insert May the 4th gag*

READ NEXT: The Proclaimers, 14 heroes and a pub in Sheffield… The inside story of 2010