Crystal Palace host south London rivals Charlton Athletic today (Saturday, 29th August - 14:00 BST) in their second pre-season game of the summer, with the Addicks arriving at Selhurst preparing for a campaign back in League One.

Charlton’s competitive season is just days away from starting, as Lee Bowyer’s men kick-off against Wimbledon in the EFL Trophy on Tuesday night. With Palace’s league clash against Southampton not for another 11 days after, it is unsurprising that Charlton have played one more friendly already and taken part in a training camp near Birmingham.

The Addicks’ pre-season results so far have seen a 1-1 draw with Birmingham City and a 2-3 loss against Southend United. Bowyer previously described a Carabao Cup tie on September 5th as “a pre-season friendly… a warm-up game.”

The key for Bowyer and his charges will be regaining the south London club’s place in the Championship, having been relegated in dramatic fashion at the end of 2019/20. Since 2008/09, the Addicks have moved between the two leagues regularly.

Despite playing in the recent game against Southend, it is uncertain whether former Eagle Jonny Williams will face his old club, with the Academy graduate called up to the Wales squad for fixtures starting on September 3rd.

He joins Wayne Hennessey for clashes against Finland and Bulgaria.

The man to watch for Palace will of course be new signing Eberechi Eze, who is in contention to face the Addicks. Eze put pen to paper this week in a five-year deal for the Eagles, swapping west for south London in a move from Queens Park Rangers.

The Greenwich-born attacker adds to Palace's growing list of south London talent who could feature in this derby.

As supporters know, Palace and Charlton have a well-contested rivalry, though it has simmered down somewhat in recent years. Having shared Selhurst Park in the ‘80s, the Eagles and Addicks then battled it out for several years to become south London’s top team - with the two sides competing regularly in the second-tier.

Charlton supporters may have felt they enjoyed the last laugh in 2004/05, when a 2-2 draw on the final day of the season ensured Palace’s relegation. But with the Addicks’ own demotion two campaigns later, the pair have only spent three seasons together over the last 13 years.

Charlton’s slip into the third-tier and Palace’s sustained Premier League status means the sides have locked horns just seven times since last meeting in the top-flight.

The most recent of these clashes was a memorable 4-1 victory in SE25 as Charlton travelled across south London in the 2015/16 League Cup. A goal from Fraizer Campbell and a Dwight Gayle hat-trick that day ensured Palace’s progression, with Charlton reduced to 10-men following Alou Diarra’s dismissal.

South London's top team, for the time being at least, is no longer contested. 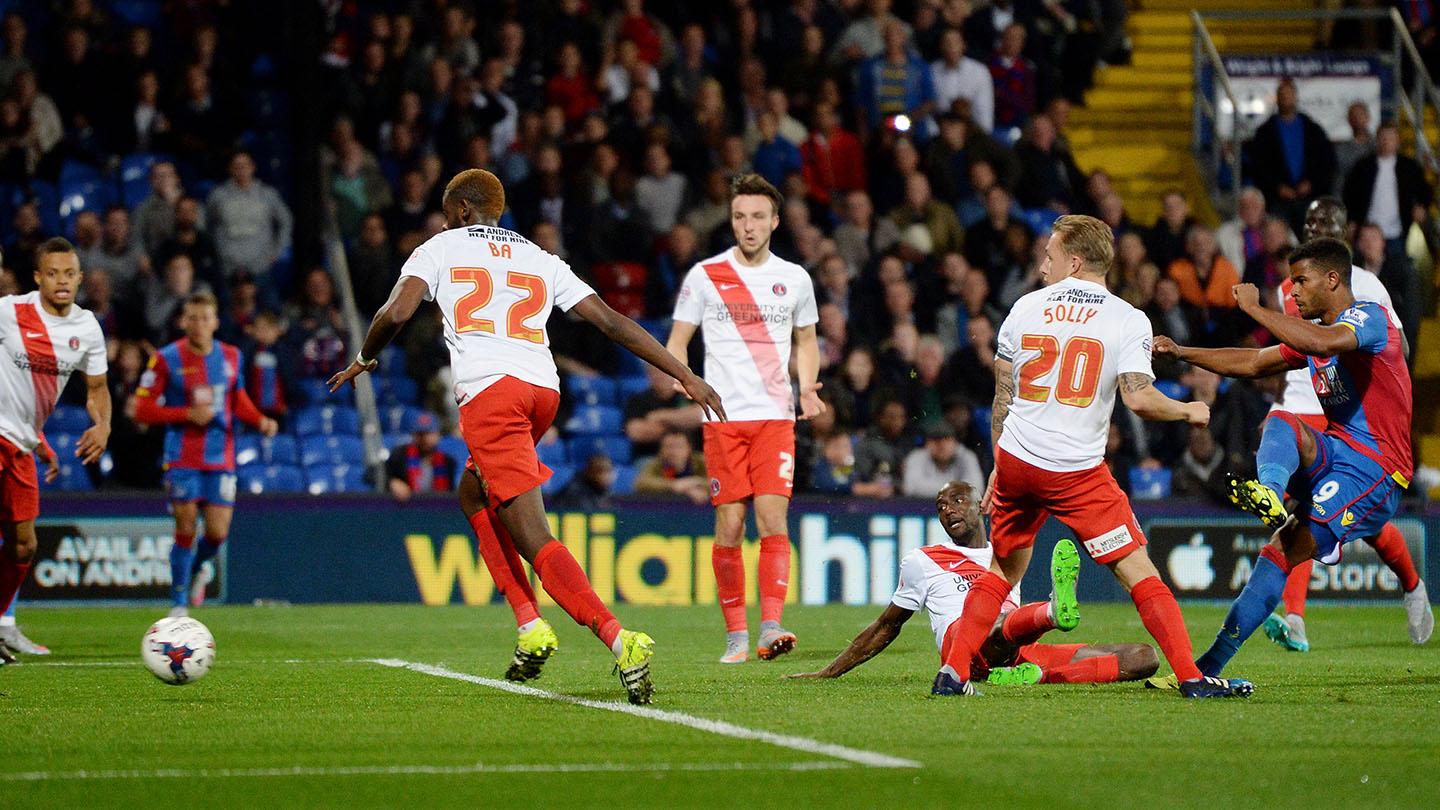 Dillon Phillips earned Charlton’s Player of the Year last season, with the 25-year-old ‘keeper playing in every minute of the 19/20 Championship campaign. The Academy graduate made the most saves of any shot stopper in the league, and is a long-serving figure at the club.

He featured in Charlton’s recent loss against Southend, so can be expected to line-up at Selhurst. 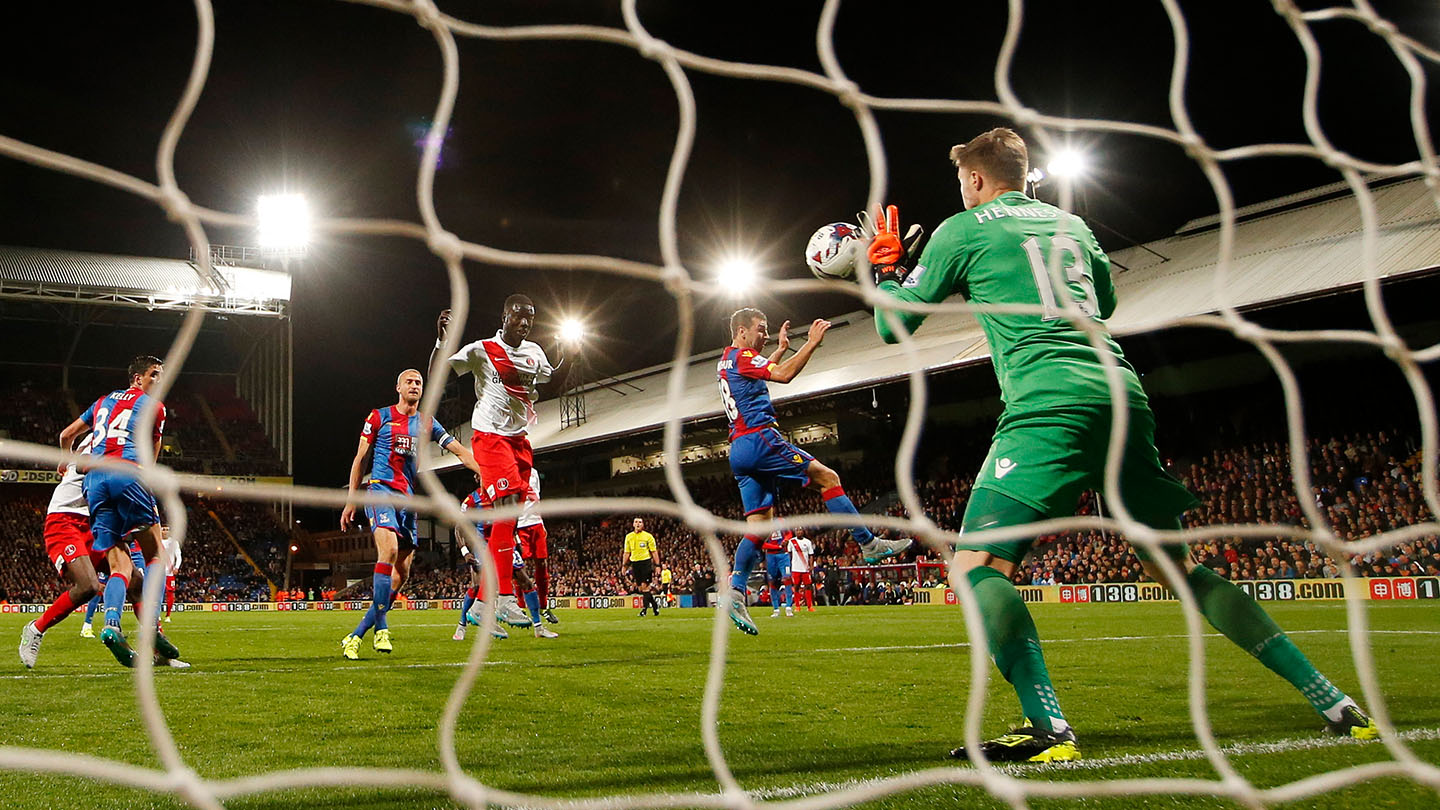 Charlton manager Lee Bowyer played for the Addicks between ‘94-96 after playing in their youth system. He then had a long and successful spell with Leeds United as a midfielder and earned an England cap in 2001.

Bowyer turned his attention towards coaching in 2015, first working with Watford Under-21s and then moving to Charlton, where he became assistant to now-Oxford United manager Carl Robinson in 2017. After Robinson’s departure in 2018, Bowyer took over on a caretaker basis and eventually received several short-term permanent contracts.

He secured promotion to the Championship in May 2019 and signed a three-year deal after the club’s takeover in January 2020.

Supporters will be able to watch this game live for £5. For further details, click here now.

The official Palace app’s match centre is the place to be for everything you need during the Charlton clash. With team news and alerts, access to broadcasts, an instant match report and post-match reaction from Palace TV, there’s no need to leave the app to follow the Eagles’ efforts.

READ NEXT: The truth behind the eventful end to Leon Cort’s time with Palace