South London has long been a source of prodigious footballing talent, as the latest generation at Crystal Palace are proving. Find out exactly why and get the latest from the club's young sides in the latest Academy roundup.

South London is No.1

For many years, some of the most prodigious young talent in English football have had their foundations in south London.

And it’s not just football. Born in Lewisham and raised in Bromley, culture journalist Neef Ekpoudom’s roster of recent interviewees is striking for its anchoring in south London: actor John Boyega (born in Camberwell) and rappers Krept and Konan (raised in Croydon), Giggs (Peckham), and Dave (born in Brixton, raised in Streatham) included.

He spoke with Crystal Palace after publishing his essay ‘How south London became a talent factory for Black British footballers’ – a piece that garnered attention far and wide, including from Palace Chairman Steve Parish.

‘By many hands, a man is forged. The lone hero is a myth. We are all threads of something or someone else.’
https://t.co/1neT5HP8jL

Check out the full feature as Neef explains how Palace graduates like Victor Moses, Nathaniel Clyne, Wilfried Zaha, Aaron Wan-Bissaka and Tyrick Mitchell benefitted from south London to make their way in the world of football – and why societal changes mean that journey is becoming harder for the current generation.

It was quite an evening at the Premier League’s latest Hall of Fame awards night, as former Palace striker Ian Wright was honoured alongside Eagles manager Patrick Vieira.

Vieira was asked on the night which recent Premier League player might deserve the award in future, and his answer honoured perhaps Palace’s greatest Academy graduate.

"I will have to mention Wilfried Zaha from Crystal Palace,” he told a room of legends as he and Wright picked up their accolades alongside Wayne Rooney, Vincent Kompany and Paul Scholes among others.

"Because he has the talent – I have to mention Wilfried because working with him every day I see his talent. He is around 28/29 and I hope what he’s doing will be recognised one day."

The Under-18s made sure the title race will go to the wire with victory over Reading at the weekend, as an Ademola Ola-Adebomi brace fired them to a comfortable 3-0 win. 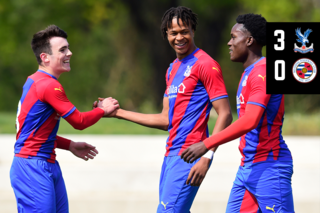 Rob Quinn’s side took a two goal lead early in the second-half, before Victor Akinwale scored his customary goal with just a few minutes remaining to seal all three points.

The result leaves the Eagles in third place in the table, seven points off leaders Southampton with three games remaining.

After travelling to Leeds last week, Palace’s Under-23s side were back on the road and in the north-west for a trip to Blackburn Rovers in the Premier League 2.

After a difficult first-half at Ewood Park which saw them two goals down at the break, the Eagles fought back after the restart and were much improved, but Jesurun Rak-Sakyi’s late goal wasn’t enough to spark a comeback. 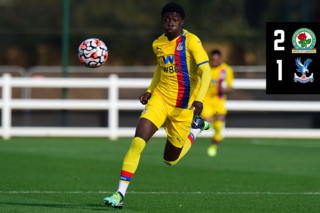 Paddy McCarthy’s side remain eighth in the table, level on points with Brighton & Hove Albion and three points behind Tottenham Hotspur.

At this stage of the season, every match is crucial – but this weekend’s Under-18s clash certainly lives up to that billing and more.

Third-placed Palace travel across the capital to take on Chelsea, with the Blues lurking just a point behind albeit having played a game more.

The Eagles can keep the pressure on Southampton and West Ham at the top of the table with a win, and could move closer to the top two should results elsewhere go their way.

You can follow how the lads get on by tuning in to LIVE coverage on Palace TV+, with the match kicking off at 11:00 BST on Saturday, 30th April.

The Under-23s are also in action this week, welcoming Leicester City to south London on Monday, 2nd May (19:00 GMT). Rak-Sakyi and co. are just four points behind the Foxes with a game in hand.