Academy round-up: International call-ups, POTM and what to watch

It was another memorable week for Crystal Palace’s young sides as they were rewarded with Premier League awards and international recognition – catch-up on all the latest from the club’s Academy in our latest round-up.

The month ended in fine fashion for Jesurun Rak-Sakyi, as the Palace Development forward won the Premier League 2 Player of the Month award.

Rak-Sakyi scored three times in three games in February, including a brace against Brighton & Hove Albion, enough to see off a host of stellar names to be crowned the division’s most in-form player.

It continues his remarkable season so far, with 15 goals in 21 games at Under-23s level and a first-team debut in the Premier League at Stamford Bridge.

Often training with Patrick Vieira’s senior side this season, the hard work for Rak-Sakyi is only just beginning.

The international break is fast approaching, and it is set to be an exciting few weeks for Palace’s Academy players.

Talented young attacker Scott Banks will be part of the Scotland Under-21s squad to take on Turkey in Edinburgh – LIVE on BBC Scotland – before travelling to Almaty to face Kazakhstan.

It is reward for a splendid run of form in February, including two sumptuous goals against Tottenham Hotspur and an important strike against Manchester United.

Also set to represent his country is midfielder Killian Phillips, who will join Republic of Ireland Under-20s.

It caps some start to 2022 for the 19-year-old, who joined Crystal Palace from Drogheda United in January and has made an impression in his four games for Paddy McCarthy’s Under-23s side so far.

Tackling racism in the community

After growing up in London and coming through the Academy system at Crystal Palace, Tyrick Mitchell knows the challenges that can arise for young school children in the area.

One issue that no child should have to deal with, however, is suffering from racist abuse – be it at school, during a game of football or anywhere else.

Mitchell and teammate Nathan Ferguson visited a school with the Palace for Life Foundation as part of the Premier League’s No Room For Racism campaign, as they imparted their experience on the pupils. 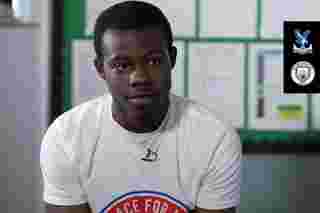 “They were asking me how I would deal with it [racial abuse] if it happened to me on the pitch,” said Mitchell. “I was telling them the truth: it would be hard, because it’s not something you want to deal with in the first place.

“I always want to help children growing up who may look to you as a role model. It’s nice knowing people look up to you and listen to you when you speak.

“It’s a humbling experience, because I went through this exactly like them.”

After establishing themselves as title contenders with five wins on the bounce, Palace’s Under-18s fell to an unfortunate defeat at West Ham United's hands.

Despite taking the lead through a superbly-worked goal from Maliq Cadogan in the first-half, the Eagles were pegged back and couldn’t find an equaliser late on. 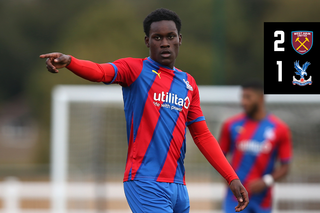 Paddy McCarthy’s Under-23s side showed real fight as they welcomed league leaders Manchester City to the Academy ground, and Nya Kirby’s stunning equaliser saw them in with a shout of claiming all three points.

However Liam Delap’s winning goal in the second-half consigned Palace to defeat. 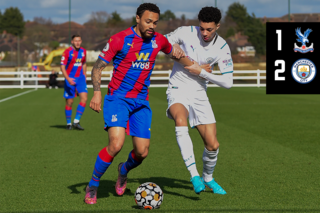 The Under-23s will look to get their title-charge back on track as they take on West Bromwich Albion in the midlands on Saturday, 19th March (11:00 GMT).

You can see how Rob Quinn’s side get on with the match broadcast LIVE on Palace TV+ - find out more or subscribe by clicking HERE.

The Under-23s are also back in action, facing a London derby against Arsenal at the Academy ground on Saturday, 19th March (13:00).

Rak-Sakyi and co. will be out for revenge after defeat in north London in the reverse fixture – keep up with all the action on the Crystal Palace Academy Twitter page, or via the mobile app.